The Bahamas reefs used to be one of the richest ecosystems on the planet where colorful corals, gigantic fish and abundant conch were the pride of the Bahamians. Today’s pollution, invasive species, overfishing and other environmental stressors have drastically depleted this environment. 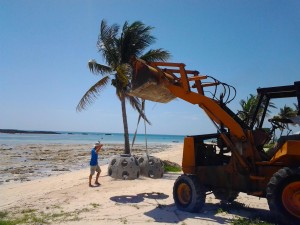 Paradise Cove Beach Resort, located at the West end of Grand Bahama, decided to take the lead in environmental stewardship by implementing actions to drastically improve the quality of the surrounding Bahamian waters. To achieve this, ES Caribbean recommended the usage of Reef Balls, a state-of-the-art designed reef or hollow domed reef units.

Reef Balls were developed over 20 years ago and heavily tested at the FIT (Florida Institute of Technology) and to date have survived many hurricanes and tsunamis with little to no damage. 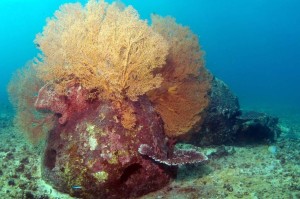 The concrete used is made with special components (like micro-silica, plasticizer or fiber mesh) that makes the units extremely resistant to abrasion and with a super high strength. They are also treated to create a rough surface texture in order to promote settling by marine organisms such as corals, algae, coralline algae and sponges. Several independent researches have shown that Reef Balls can add up to 500 Lbs. of biomass per ball per year. Adding fish, coral and lobster to the direct marine environment.

This technology is also successfully used for shoreline protection and beach replenishment. 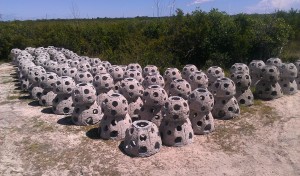 Just about 300 Reef Balls are currently being built at Paradise Cove and they will be deployed early 2014 during a dedication ceremony. This means a potential increase of over 125,000 Lbs. of biomass per year that will be added to the environment, benefiting areas from West End to Eight Mile Rock.

ES Caribbean in collaboration with Paradise Cove just launched the visionary “Adopt-a-Reef-Ball” and an “Adopt-a-Coral” programs. YOU can make a difference to the environment, take part in these programs! Click here. 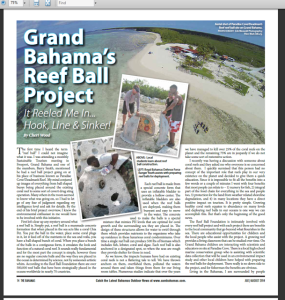 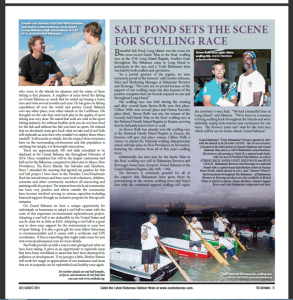